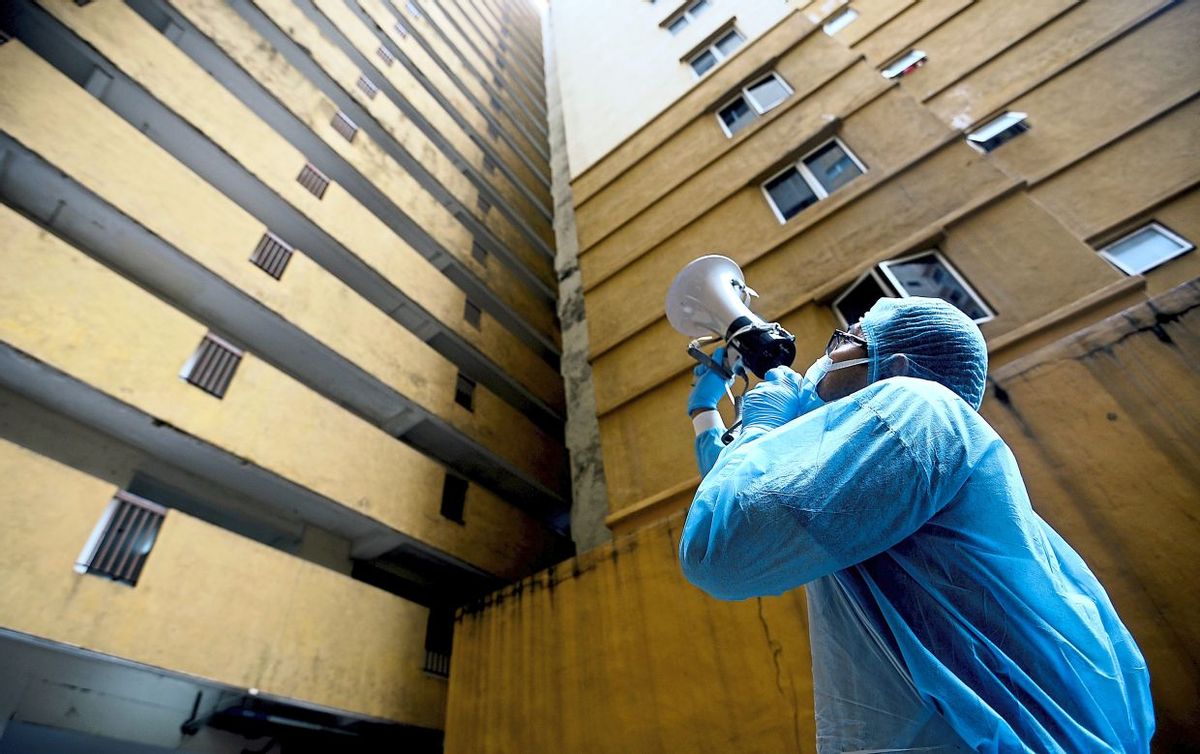 PETALING JAYA: Medical personnel from the Petaling district Health Department will continue to conduct Covid-19 tests for all Pelangi Damansara flat residents in Persiaran Surian where up to 23 people have tested positive for the virus.

“I am told that residents in Block B have completed the test. Residents in the other blocks will also go through the test, ” he said.

When contacted, Wong confirmed testing had begun since Oct 21 and “there are close to 1,000 units in the compound, and it will be time-consuming but this test needs to be done for the people’s well-being, especially those with symptoms”.

“Our men will ensure people abide by the SOP, which requires physical distancing, ” he said.

Medical personnel questioned each resident to determine their risk for exposure to Covid-19.

“Most of them were asked about symptoms, their whereabouts in recent weeks and possible contact with anyone confirmed to have Covid-19, ” said Johary.

“We are not screening everyone as for now our priority is positive cases that might have visited neighbours, ” the official said.

“It is just precautionary and for now only these levels are prioritised, ” he said.

An 80-year-old resident said she came for screening even though her residential level was not affected.

“My level is not on the list but I just want to get tested because I’m worried due to my age.

“Plus, I am staying with two tenants who are foreign workers who work in red zones, ” she said.

Another resident, Fadilah Idris, 31, said she knew about the test as soon as she saw notices at the lift.

“Though I haven’t heard about any cases in my block, I was concerned when I heard MOH would be doing testing, ” said the nurse, who claimed she has sore throat and flu.

“Since I’m working as a nurse, and I have been feeling a bit unwell lately, I made the decision to do the test, ” she said.

Nana, a Filipina who has resided in Malaysia for more than 13 years, came to do the test after a friend informed her about it.

“I don’t live here but I always come here every Sunday to hang out with my friends and stay the night.

“Since I heard that nearby blocks have positive cases, I worry that ours might be affected, ” she said.

Nana was told by a health official to self-quarantine at home and not to come to Pelangi Damansara for at least 14 days.

A restaurant worker, Norrashidin Hanapi, said he decided to come for the test as a precautionary measure.

“It is because I work in a restaurant where there is a lot of interaction with customers, ” he said.

Residents who displayed symptoms were issued notice for them to undergo the mandatory two-week self-quarantine while they wait for their results.