With 685 patients discharged, the number of new cases is less than recoveries on Thursday. The total number of recoveries is 19,757 cases so far.

Active cases in the country have gone up to 10,087 and five new clusters have been identified.

Of the total new cases, seven were imported cases from Indonesia (five cases), India (one) and the Philippines (one) involving two Malaysians and five foreigners.

Currently, 106 people are being treated at intensive care units, with 23 of them requiring ventilator support. 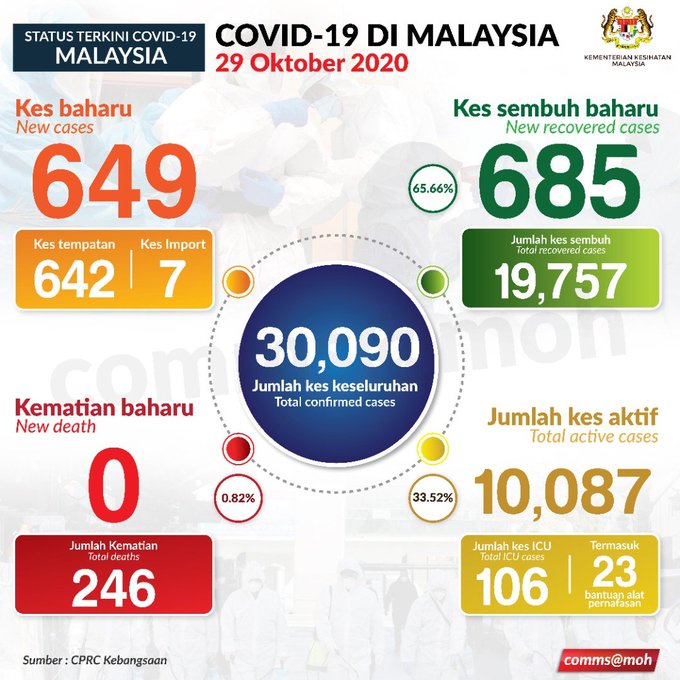