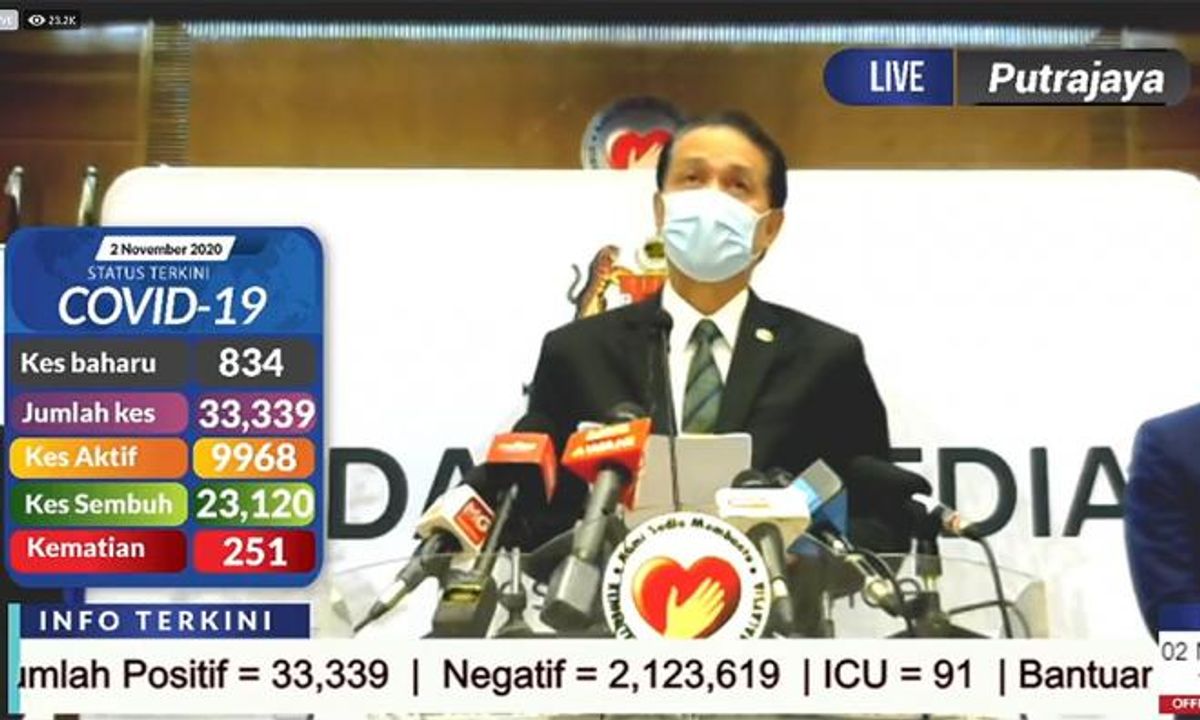 The total number of active cases has dipped below the 10,000 mark and there were two new deaths reported.

All newly reported deaths were from Sabah. The cumulative death toll for Sabah alone is 119, or 47.4 percent of the national death toll (251).

Both deceased were Malaysian citizens. From their case numbers, they were likely to have been warded since the second week of October.

These three regions accounted for 91.7 percent of new cases in the country.