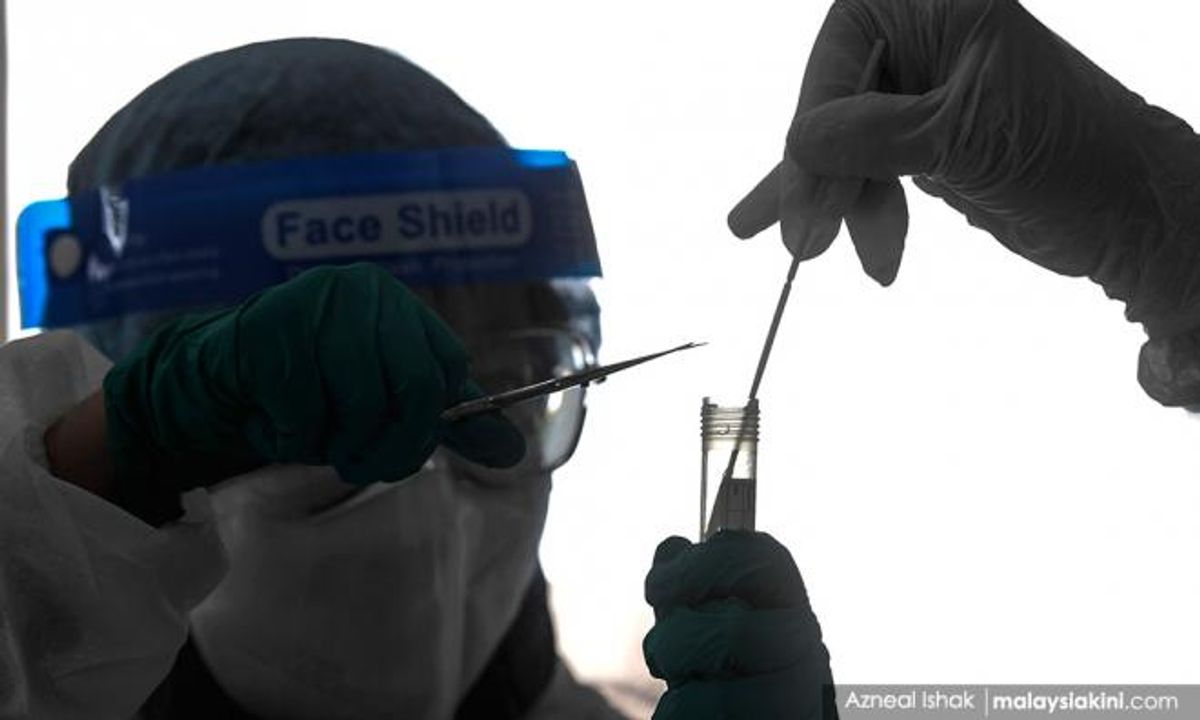 COVID-19 | The Health Ministry today reported  852 new Covid-19 cases, breaking the previous five-day streak in which new daily infections were above the 1,000 mark.

Patients in intensive care = 94 ↑ (Seven more than since yesterday)

Health Ministry director-general Dr Noor Hisham Abdullah, in a statement, said 61.5 percent of the new cases were from Sabah while 19.9 percent were from the Klang Valley.

He also reported four deaths with two from Sabah and one from Perak and Kedah respectively. The death toll now stands at 286.

A breakdown of the locally-transmitted infections today is as follow:

The Ikhtisas cluster was traced to Patient 33,122 on Oct 29. The patient has been admitted to Sungai Buloh hospital. A screening of the patient's close contacts found another 21 cases, bringing the total infections in this cluster to 22.

Eight of those cases were reported today. A total of 362 people were tested. 127 people are still awaiting results.

The Berendam cluster was traced to Patient 32,489 and Patient 3,9353. They were discovered through screening of symptomatic individuals.

A screening of their close contacts found another five cases, three of which were reported today.

Authorities have tested 1,861 people in this cluster and 1,744 people are still awaiting results.