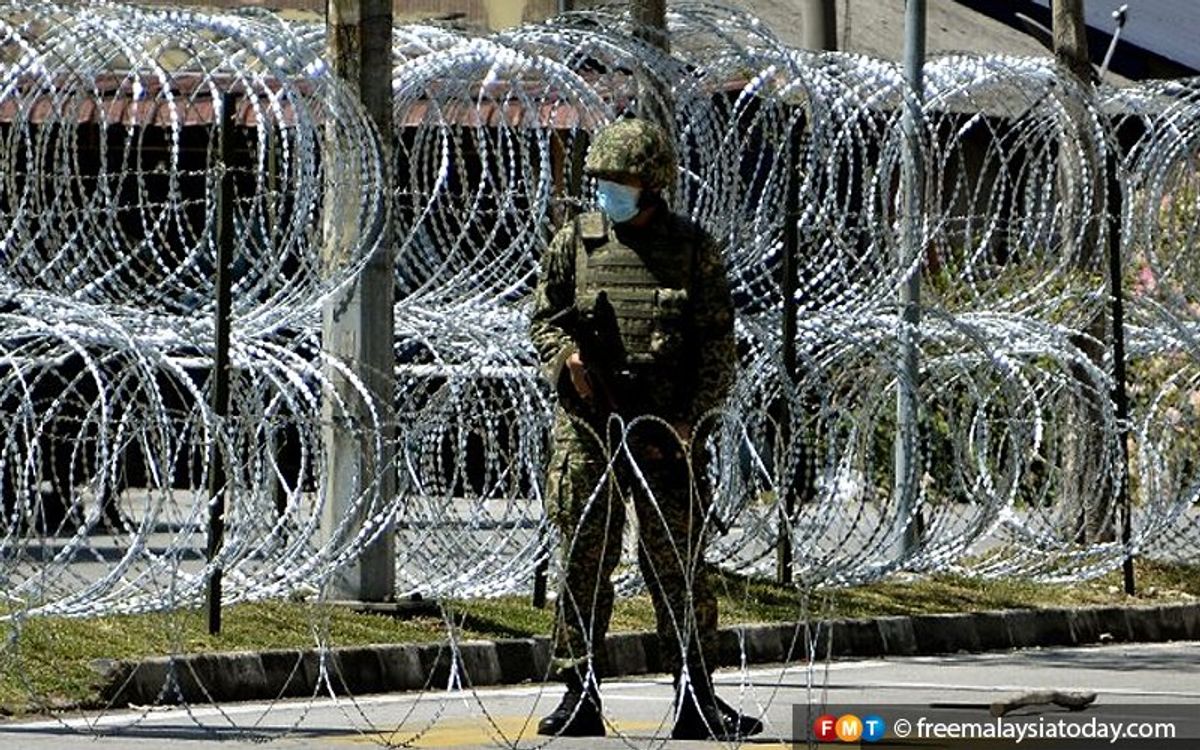 In a press conference, he said the lockdown will be in effect until Nov 25 and will affect around 800 residents in the locality.

Ismail said this was done on the advise of the health ministry, who have identified a total of 39 positive cases from screenings done since Nov 5.

He said the area will be subject to the usual EMCO SOPs.

“However, like in Sabah, business premises for essential items will be allowed to operate,” he said during a press conference updating the Covid-19 situation in the country today.

He also announced that the EMCO at the Mutiara Kasih and Taman Khazanah Indah public housing flats in Lahad Datu, which was initially extended a second time until Nov 23, will come to an end today.

He said the EMCO was originally extended based on the advise and analysis by the health ministry, as they were still waiting for results from 5,189 test samples taken during a second round of screenings of the residents there.

“The health ministry has found that all 5,189 samples from the second screenings came back negative.”

He added there have been no new positive Covid-19 cases in both areas.

Asked about the conditional movement control order (CMCO) affecting most peninsula states except Pahang, Perlis and Kelantan, Ismail said the government was justified in taking such drastic action because it hoped to curb the spread of Covid-19 by restricting public movement to avoid a large outbreak from occurring.

He said this was for the good of the people, adding that the government does not want to be “fire-fighting” in their approach anymore.

“This move was to protect yellow and green zones from turning into red zones,” Ismail said, adding that Covid-19 is already spreading in the community.

He said, however, the health ministry was advising the MKN every week.

“So, the four-week CMCO can be lifted earlier if the trend shows a drop in the spread of Covid-19 in the affected areas.”

The government announced the imposition of the CMCO in Kedah, Penang, Perak, Negeri Sembilan, Melaka, Johor and Terengganu until Dec 6 due to the rising number of Covid-19 cases in these states.

Meanwhile, the CMCO in Selangor, Putrajaya and Kuala Lumpur that was originally extended to Nov 9, was extended again, also until Dec 6.