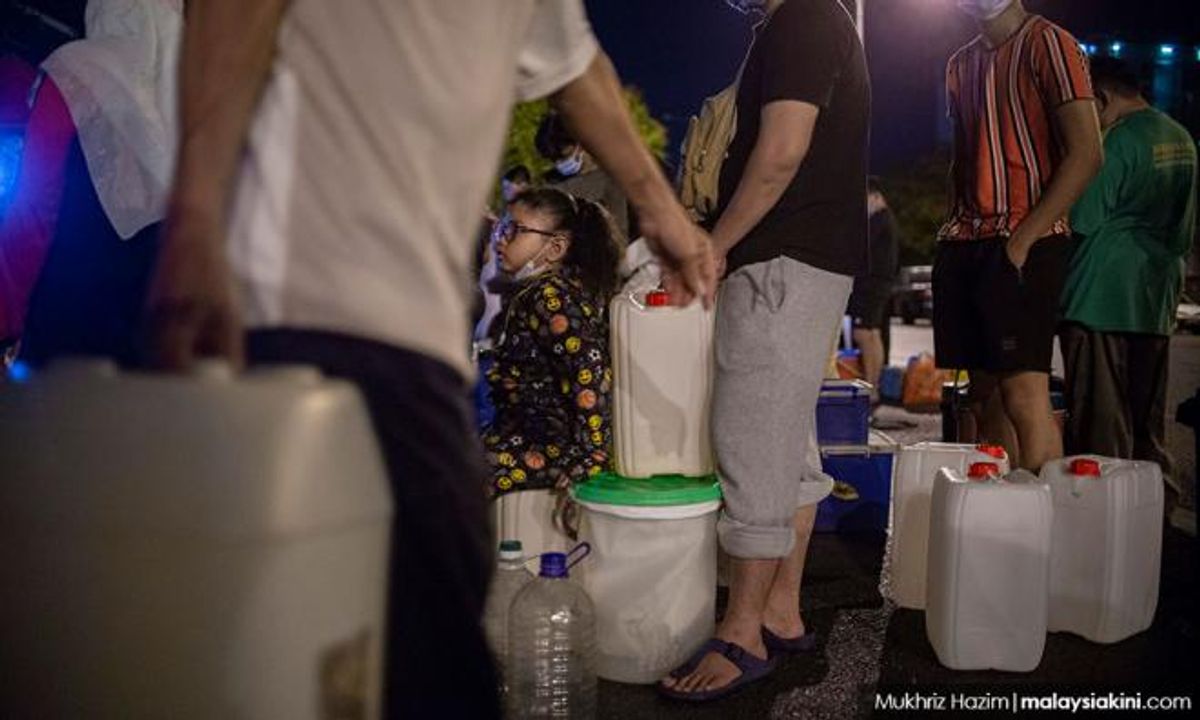 The second case of river pollution detected in Selangor this month will see over a million households and premises facing yet another round of water cuts.

In the latest incident, 1,196,457 households and premises in 1,292 areas within the districts of Kuala Lumpur, Petaling, Klang/Shah Alam, Kuala Selangor, Hulu Selangor, Gombak and Kuala Langat are affected.

Pengurusan Air Selangor Sdn Bhd (Air Selangor) in a statement said it was forced to shut down the Sungai Selangor Phase 1, 2, and 3, as well as Rantau Panjang water treatment plants after pollution was detected in Sungai Selangor, a source of raw water supply, at 2am today.

"For the process of dilution and flushing of pollutants in Sungai Selangor, swift action has been taken to release water from Horas 600 with a daily capacity of 285 million litres and to release raw water supply from the nearby dam totalling 800 million litres a day," said Air Selangor.

It added that Lembaga Urus Air Selangor (Luas) has also conducted an operation to pump water with a daily capacity of 336 million litres, for the same purpose.

As of 6.30am this morning, Air Selangor said pollution was still detected in Sungai Selangor at the level of 1 TON.

Following the latest incident, Air Selangor also said it was unable to resume restoration of water supply to 686 areas in Selangor and Kuala Lumpur already experiencing unscheduled water cuts since the weekend due to leakage of pipes that supplied treated water.

Earlier this month, more than 300,000 households were hit with water cuts after Air Selangor was forced to shut down the Sungai Semenyih and Bukit Tampoi water treatment plants, also due to pollution in the raw water supply that they drew from a nearby river.

Last month, a similar incident involving the dumping of pollutants from a factory into a Sungai Selangor tributary had also left 1.2 million households in Selangor and Kuala Lumpur without water.

This had caused the Sungai Selangor Phase, 1, 2 and 3, as well as Rantau Panjang water treatment plants to shut down, and water supply was only restored after six days.